On year ago, the Speed Society colors were riding on just three cars in the ...

On year ago, the Speed Society colors were riding on just three cars in the NHRA’s pro ranks. All three of those cars raced their way to the finals, where Clay Millican and Alex Laughlin both earned wins and Leah Pritchett took home runner up. It was Millican’s first ever NHRA top fuel win, the second for Laughlin, and another great outing for Pritchett’s team that had opened the season with three wins in the first 5 races. For 2018, we’ve added another trio of racers to our OG three, and we’re hoping our drivers bring home even more hardware from the beautiful northeastern Tennessee facility.

In the sport’s premier eliminator, Clay Millican comes in holding the hot hand, having won two of the last three races. Millican’s David Grubnic-tuned dragster has been consistently quick, qualifying #1 at almost half the races in 2018, and they’ve recently found the consistency needed to go rounds week after week. It doesn’t take a rocket scientist to see that is a potent combination that has propelled the Great Clips/Parts Plus/Strutmasters sponsored dragster to the #2 spot in points, Millican’s career high. After waiting almost two decades to earn his first win at this event last year, Clay’s second and third wins came much quicker, and he’s excited about the opportunity to go 3-for-4, especially on Father’s Day weekend, which holds a special place in Millican’s heart after losing his son Dalton to an unfortunate motorcycle accident. Millican doesn’t dwell on the loss, however, using the countless memories he shared with his son to fuel his positive outlook and ever-present smile.

Look for the familiar Papa John’s Pizza gold and black to adorn Pritchett’s ride. She will also be flying the Fireade colors alongside the beloved pizza chain’s logo. Pritchett fell from 3rd to 6th in points after the most recent race in Richmond, VA, but don’t let that fool you, she is still very much within striking distance of the lead. Despite not quite following their stellar start to the 2017 season, Pritchett and company are the only DSR top fuel car to win an event in 2018, proving that her Todd Okuhara/Joe Barlam-tuned rocket ship is more than capable of going the distance on any given weekend. “It’s Bristol, baby. I always look forward to running in the Thunder Valley. We’ve got some good track history and data there, with a runner up finish last year,” said Pritchett of the historic facility. “We have a fair amount of momentum happening right now, and even though Bristol presents a unique and difficult atmosphere for tuners, making as much Mopar power and putting it to the track is what I’m looking forward to for this team.”

Leah’s DSR teammate Antron Brown finally broke through his early season slump of five straight races without a round win last weekend with a strong semifinal finish in Richmond. The team never downplayed their struggles, owning the fact that replacing veteran tuner Brian Corradi had proven tricky. However, the team looked much more like the Matco Tools team that won three world championships in Virginia, showing huge strides in a positive direction. “It was great to reach the semis at Virginia, but we were capable of winning that race. It was a great boost to the team, no matter the outcome, though.” Brown continued, “We made quality runs and the car was doing what we wanted it to do. We figured some more stuff out and the guys just kept after it and they never quit, they never gave up. And now, this is all a positive, confidence-booster for this team. We’re going to come out of the box swinging at Bristol. And we’re going to swing harder in qualifying, shoot for No. 1. And then we can set our own fortune and luck.” 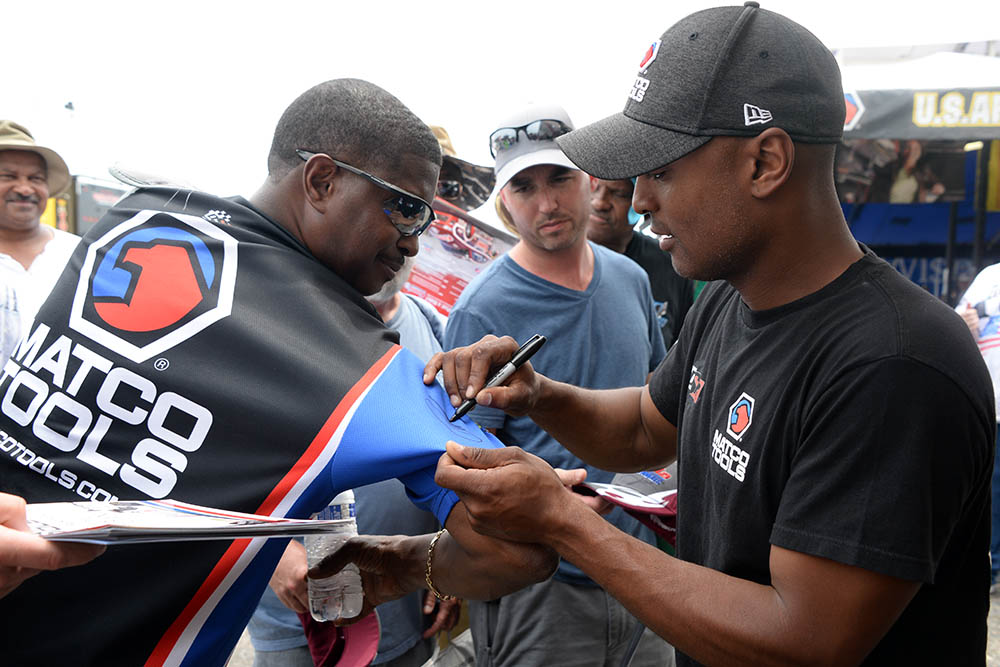 In Funny Car, Ron Capps returns to Bristol as the  reigning champ as well, although he wasn’t part of Team Speed Society until later in the 2017 season. That doesn’t diminish his win, though, and we are certainly happy to be riding along with NAPA Auto Parts on Capps’ Dodge Charger Funny Car. Ron and his crew are looking to return to the form the showed through most of 2017, when they seemingly won every race in sight early on in the season and fought hard for the season points title in the Countdown to the Championship. “Any of these SMI tracks, with what they’ve done and how they operate, you’re just so happy to show up there. We know the fans are going to be packing the place. It’s a rare Friday night session, and we do that just for the fans there,” noted Capps about the awesome night time nitro session planned for Friday night. “We’ve had great success in Bristol in the past, and we need to start making a run here in the points.” 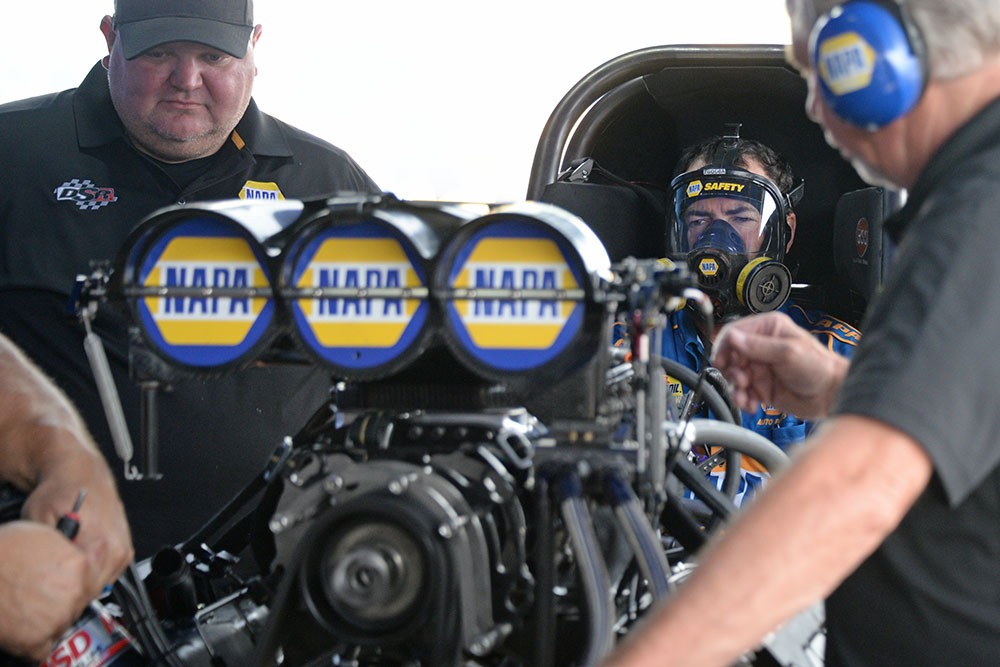 Speed Society’s other Funny Car, the Head Racing Mustang driven by Jonnie Lindberg, is looking to capitalize on the team’s recent turnaround in performance. After following a career-best #2 qualifying effort in Joliet with another top-half effort in Virginia and a first-round win against Matt Hagan. The team was lined up to take on Tim Wilkerson in round two when a leak forced them to shut the car off on the starting line. The enter Bristol in the 11th spot in points, just outside the Top 10 needed to enter the Countdown. Look for car owner and tuner Jim Head to focus on getting the car down the track consistently in the sweltering Tennessee heat.

In Pro Stock, Alex Laughlin is looking forward to shaking off the early season cobwebs that have found him also sitting in the 11th spot, just outside Countdown contention. Laughlin has battled inconsistency from both himself and his Elite Motorsports-powered Camaro, but rolling back into the facility that last saw him hoist a Wally will hopefully bring some better luck positivity to the team, which will be wearing the Fitzgerald USA colors this weekend at the company’s first race as a title sponsor with the NHRA. When asked for his thoughts on the weekend, the playfully immature Laughlin said jokingly “… I like turtles.” He added “This Fitzgerald wrap is badass, just like the guys at Fitzgerald themselves. They bring an vibe and an edge that gives us a drop kick of energy when we need it the most. We were fortunate enough to win this race last year, and I’d love nothing more than to win with my Dad by my side and the guys from Fitzgerald here to join in the celebration. What can I say, if you ain’t first, you’re last!”

If you’re even remotely close to Bristol, I have to recommend you make the drive to Thunder Valley. The racing is always excellent and the atmosphere is second to none. If you can’t make the drive, the event will be broadcast on Fox Sports’ FS1 starting with qualifying Friday at 6pm eastern and Saturday at 9pm. Eliminations will air Sunday at 7:30 pm. If you want to follow the action in real time, you can always access the NHRA All Access live stream through the association’s website.